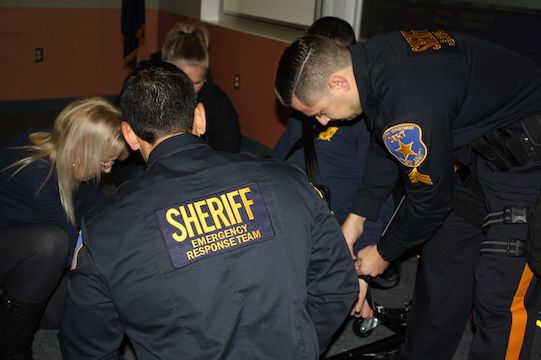 The Sheriff’s Emergency Response Team (S.E.R.T.) functions as a specialized resource with personnel trained to respond to diverse situations and emergencies within or outside an institutional setting.